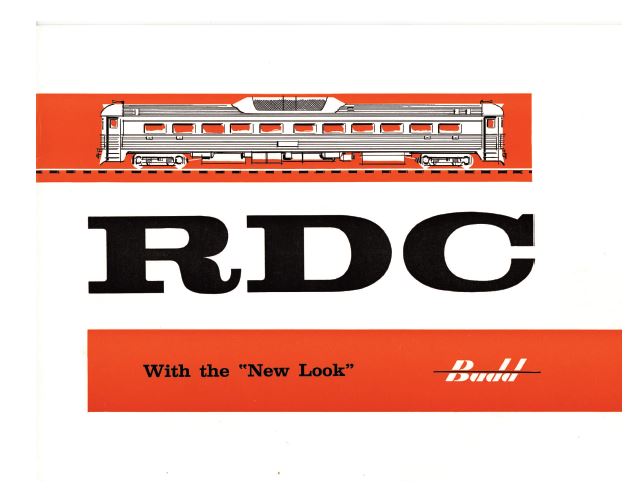 BK-RDCBRO
$ 20.00 USD
This product is out of stock.
Product is not available in this quantity.

This is an 24-page color reprint brochure that was originally published by the Budd Company of Philadelphia regarding their Rail Diesel Cars (RDCs).  These cars were a self-propelled alternative for low-cost non-electrified passenger service.  Of the anthracite railroads, the Lehigh Valley, CNJ, and Reading had fleets of these cars.  The Pennsylvania-Reading Seashore Lines (PRSL; jointly owned by the Reading and PRR) also had a fleet of RDCs.

Between 1949 and 1962, 398 RDCs were built by the Budd Company of Philadelphia, Pennsylvania, United States. The cars were primarily adopted for passenger service in rural areas with low traffic density or in short-haul commuter service, and were less expensive to operate in this context than a traditional diesel locomotive-drawn train with coaches. The cars could be used singly or coupled together in train sets and controlled from the cab of the front unit. RDC trains were an early example of self-contained diesel multiple unit trains, an arrangement now in common use by railways all over the world.

Budd RDCs saw extensive use in the Northeast United States, both on branch lines and in commuter service. As passenger service declined in the United States the RDC was often the last surviving conveyor of passengers on a particular route.

The brochure is 24 pages, color, spiral bound, with text and black-and-white photos.  The original target audience of the material was potential customers (railroads) who might be considering purchasing RDCs.  Consequently, the brochure speaks to the features/benefits of the different RDC models.  Many of these benefits are focused on economics/cost savings and operational flexibility for potential customers.

Please note this is a reprint from an original from the 1950s.