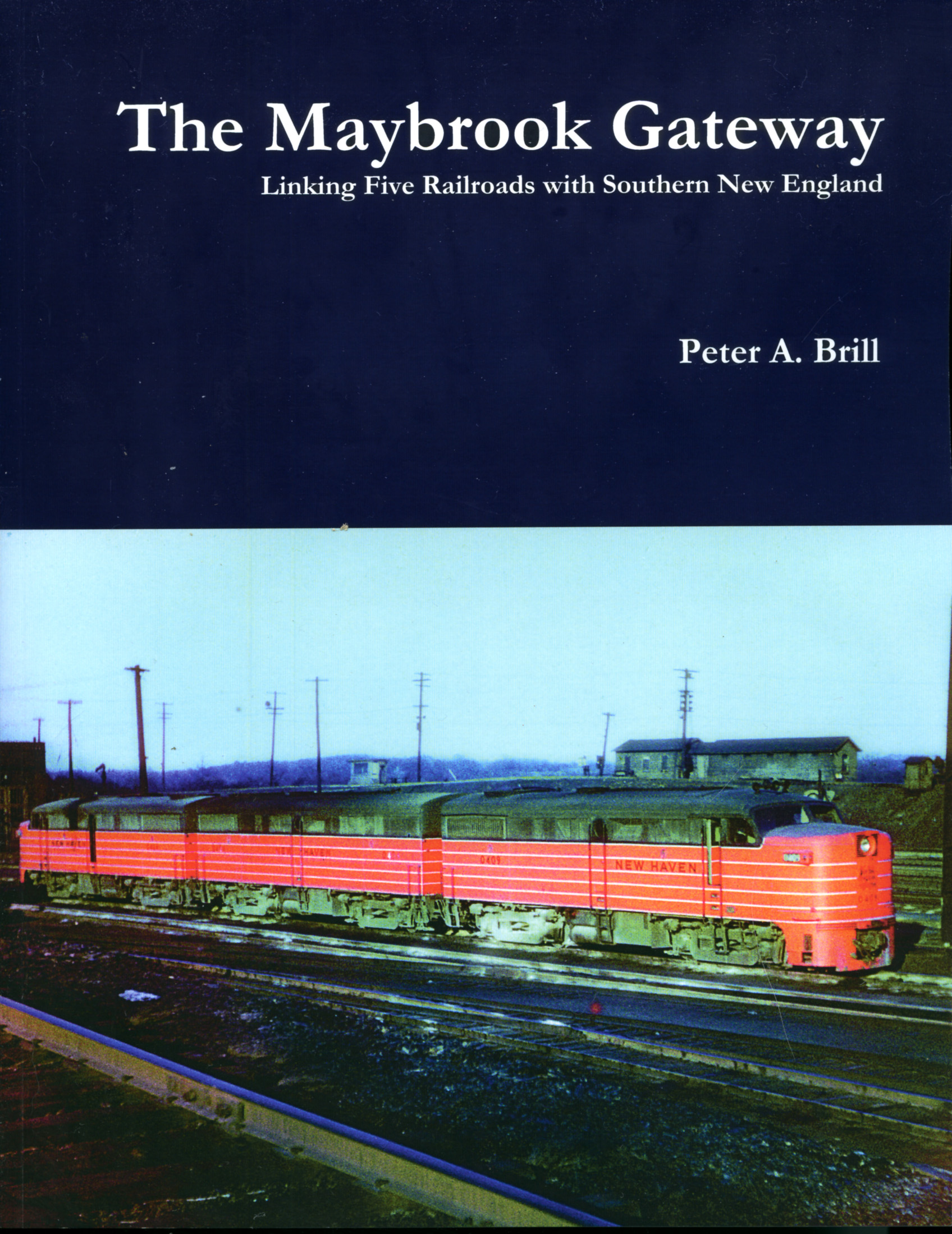 BK-MAY-SC
$ 40.00 USD
This product is out of stock.
Product is not available in this quantity.

The history of how five railroads all came together in the small town of Maybrook, NY. As a result, huge amounts of freight headed for New England passed thru this gateway for decades. 256 pages, black & white text with photographs.

About the Author, Peter A. Brill
Pete grew up in Lakewood, NJ, along CNJ’s Southern Division in the 1950’s/60’s. His multiple careers have included twelve-years on the Middletown & New Jersey Railway based in Middletown, NY.

Three decades of active railfanning throughout the northeast have been succeeded by an effort to preserve in print information on the anthracite railroads as well as the M&NJ. Pete is editor of The Unionville Flyer for the Middletown & New Jersey Railway Historical Society, associate editor (CNJ) for Flags, Diamonds and Statues published by the Anthracite Railroads Historical Society and a past president of the Maybrook Railroad Historical Society.

About the Book, The Maybrook Gateway
The decision of the Anthracite Railroads Historical Society to hold the 2005 annual convention in Middletown, NY, and focus on nearby Maybrook Yard stimulated the author to produce an article for the society’s publication, Flags, Diamonds & Statues, in advance of the convention. It was initially planned to cover the operations of the L&NE, L&HR and O&W to the all-important New Haven connection at Maybrook Yard, the Gateway to Southern New England. However, no analysis of these three anthracite roads, which sought with varying degrees of success to operate as bridge carriers, could be complete without including their common competitor, the much larger Erie/EL, and also examining their westward connections, the LV, DL&W, CNJ/RDG/B&O and PRR.

Further consideration convinced the author that a full treatment of the topic warranted coverage of the New Haven and its predecessors and so he crept cautiously across the high and spindly Poughkeepsie Bridge to investigate the Poughkeepsie Bridge Route and its successor, the Maybrook Line.

The article thus became a book, albeit a few years late for the convention.