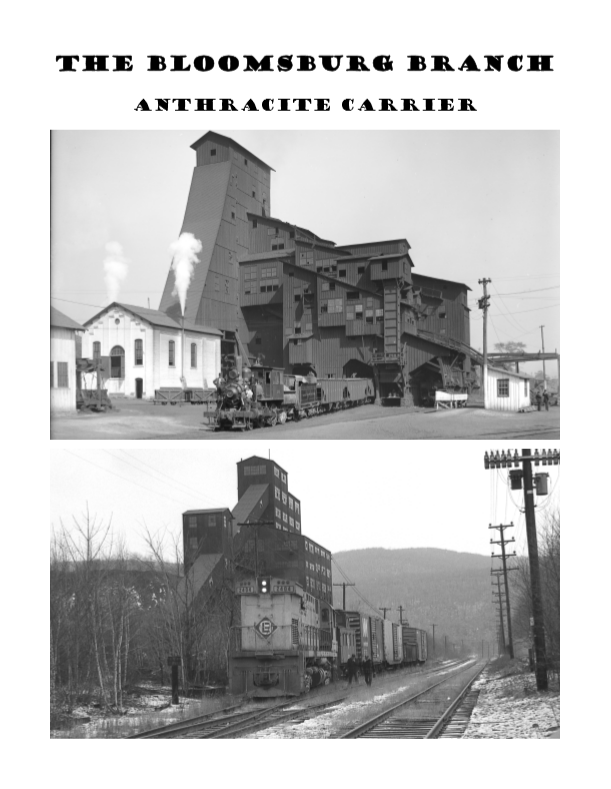 BK-LACK-BLOOMAC
$ 68.00 USD
This product is out of stock.
Product is not available in this quantity.

The operative part of the name “Lackawanna & Bloomsburg Railroad” was “Lackawanna”. The company was a focus of investors in the forerunners of the Delaware, Lackawanna & Western Railroad from its incorporation in 1852, one year before the formation of the DL&W. Several phases of construction, including investment by DL&W, over a half-dozen-year period resulted in an eighty-mile line from Scranton to Northumberland in 1860. The L&B was a substantial anthracite hauler by 1871. Once the L&B was taken over by the DL&W in 1873, it became successively, the “Bloomsburg Division” and the “Bloomsburg Branch”. The DL&W was an “anthracite” railroad and the L&B provided access to additional collieries in the Scranton District as well as mining operations southward along the Susquehanna River through Plymouth and Kingston. In addition, DL&W owned extensive coal lands near Nanticoke that would require construction of a branch, the Hanover & Newport Branch, connecting to the “Bloom”. As DL&W’s Scranton area collieries exhausted their reserves, the Bloomsburg Branch became the mainstay of the company’s anthracite traffic with the Hanover & Newport Branch contributing mightily from a quartet of collieries, including the massive Truesdale Colliery shown above on July 5, 1906. (W. B. Bunnell photograph, Pat McKnight, Historian/Archivist, Steamtown Archives) Kingston and Taylor yards supported the Bloomsburg Branch’s mine operations. After DL&W revamped its Scranton area coal operations with the construction of Hampton Yard on the Keyser Valley Branch, Kingston originated a daily fleet of coal drags which ran to Hampton Yard for classification. . This book is focused on the anthracite operations of the Bloomsburg Branch, and its predecessors, and the dozens of collieries, DL&W as well as independently owned, which were served over the decades. Topics include DL&W’s evolving system to handle anthracite traffic in the Scranton region; DL&W’s purchase of coal cars from online supplier American Car & Foundry at Berwick; locations in the anthracite district along the Bloomsburg Branch from Scranton through Shickshinny and virtually every colliery along the “Bloom” and “H&N” branches. This is not a book of train images. There are far more colliery photographs than the few train photographs. The companion book, The Bloomsburg Branch, History and Operations, presents photographic coverage of operations, most notably, the ABBA F-unit sets that attracted railroad photographers in the early 1970’s. But by then, the anthracite traffic was virtually gone. 294 pages, soft-cover, glossy paper, indexed, 56 photos, 54 illustrations, 97 maps and 39 ads