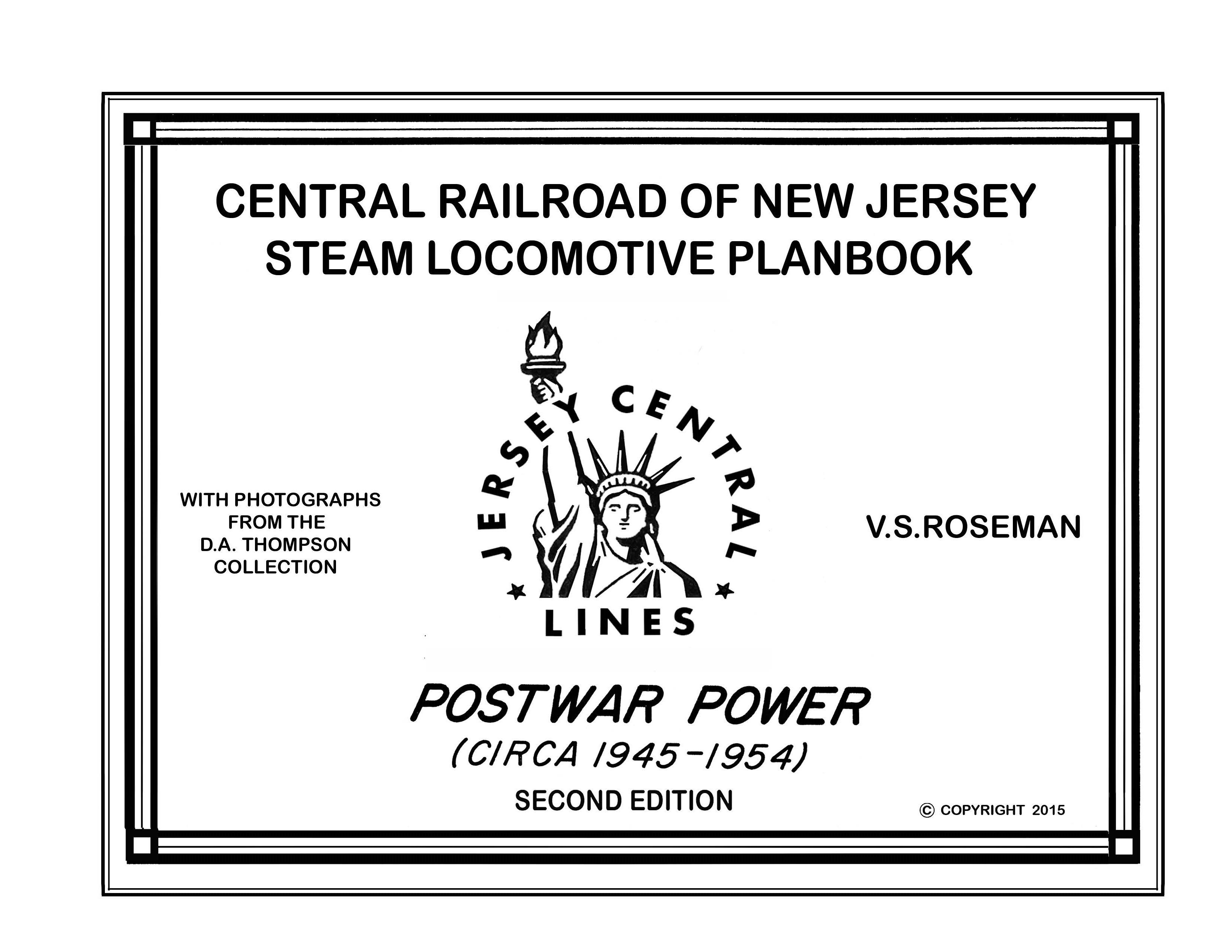 BK-CNJ-PLAN
$ 25.00 USD
This product is out of stock.
Product is not available in this quantity.

About the Author
Victor Roseman is a long time CNJ railfan and historian. As a teenager, his interest in the railroad was encouraged by Nathan “Nate” James, the head of CNJ Public Relations. Beginning in 1971, Victor worked with the well known CNJ author and enthusiast, Warren Crater at the New Jersey Historical Society, where Victor was in charge of the photographic unit.

Victor has written many magazine articles and several books during his 40 year writing career, which continues with this volume. During some periods his writing and photos appeared in the railroad and model train press almost every month. Victor wrote for “Rail Miniature Flash” magazine in Paris, and has done work for “Continental Modeler“ in England, The German publication “Eisenbahn Journal” and Italian “Mondo Ferroviario.

He has developed the art of photographing model trains out of doors, using prototype railroad structures as background. He has given numerous slide shows and digital presentations on photography and modeling subjects at Prototype Modeler meets as well as at NMRA National and Regional conventions and events, and has lectured on photography at Princeton.

Over the years Victor has done research and design projects for several model train manufacturers, and his photos have appeared on catalog covers and box art.

He taught photography, life drawing and interior design at Bay Ridge High School (later the High School of Technology) and art talent classes in Middle School in the New York City School System for thirty years. Since his retirement from teaching, Victor trained as a Photoshop Artist and creates videos on Mac computers. He is currently planning a number of projects for the near future that should be of interest to CNJ enthusiasts.

About this book
This diagram book contains an overview of the CNJ’s steam engines in their final years 1945-1954. The diagrams are scaled to 1:87, HO. Some large erecting card drawings were available, but with the extreme reduction necessary to fit in this book, most of the fine lines burned out (and did not show,) or bled together into irregular black areas, neither of which provided any information. Victor has re-drawn the originals in 1:72 scale to fit on the pages of this book and provide as much detail as possible.

All photos are from the collection of Victor’s close friend and CNJ enthusiast Donald A. Thompson, and illustrate most every class of engine provided in the drawings. Victor created all of the ink drawings working from the originals, and has organized the tables and charts of engine data.  He set the computer type fonts to replace the hand written data on the original diagram sheets to make these more legible. He also created the layout and design of this book.

Check out the review of this book on the Trains Magazine website! http://trn.trains.com/railroads/2016/02/book-review-central-of-new-jersey-steam-locomotive-planbook