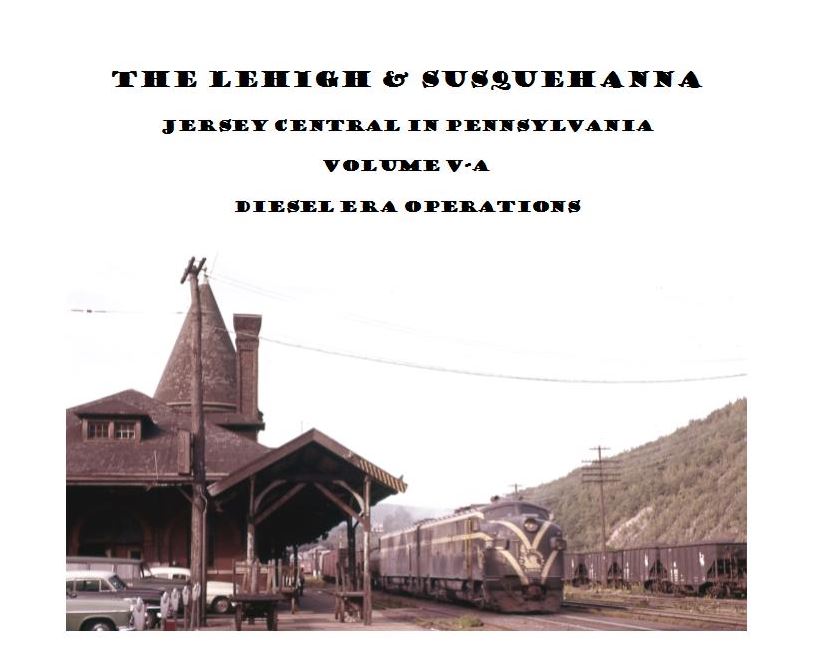 BK-CNJ-V5a
$ 61.00 USD
This product is out of stock.
Product is not available in this quantity.

Coverage of the final era of CNJ’s operations in Pennsylvania, 1947-1972, has required the splitting of volume V into two books. The contents of volume V-A, which focuses on operations, are as follows:

In the era 1947-1972, Lehigh Coal & Navigation’s Lehigh & Susquehanna Railroad continued to be operated by CNJ. The Central Railroad of Pennsylvania, which conducted CNJ’s Pennsylvania operations, was merged back into CNJ on January 1, 1953. The Pennsylvania Division was created to absorb the CRP’s operations.

In 1965, CNJ, LV and RDG coordinated and rationalized their operations in the Lehigh Valley. LV and RDG closed smaller yards and moved their Allentown area switching terminal activities and interchange into Allentown Yard. CNJ and LV combined segments of their main lines.

Scheduled passenger service was gradually cut back to Allentown while the Interstate Express became a mail and baggage train before expiring in 1963. August 21, 1967 marked the end of all passenger train service between Allentown, Bethlehem and Easton.

LC&N put the L&NE up for sale. In 1961, CNJ bought the trackage generating the anthracite and cement carloadings while the main to Maybrook Yard was abandoned. Operations of the Lehigh & New England Railway, CNJ’s new subsidiary, were initially based in Tadmor and Arlington yards. L&NE’s fleet of FA’s, RS2’s and S2’s was replaced by CNJ RSD4’s, GP9M’s, F7’s, SW7’s and SW9’s. CNJ ended operations on LC&N’s L&S Railroad on March 31, 1972. LV took over with the exception of the former L&NE operations which CNJ retained until 1974.