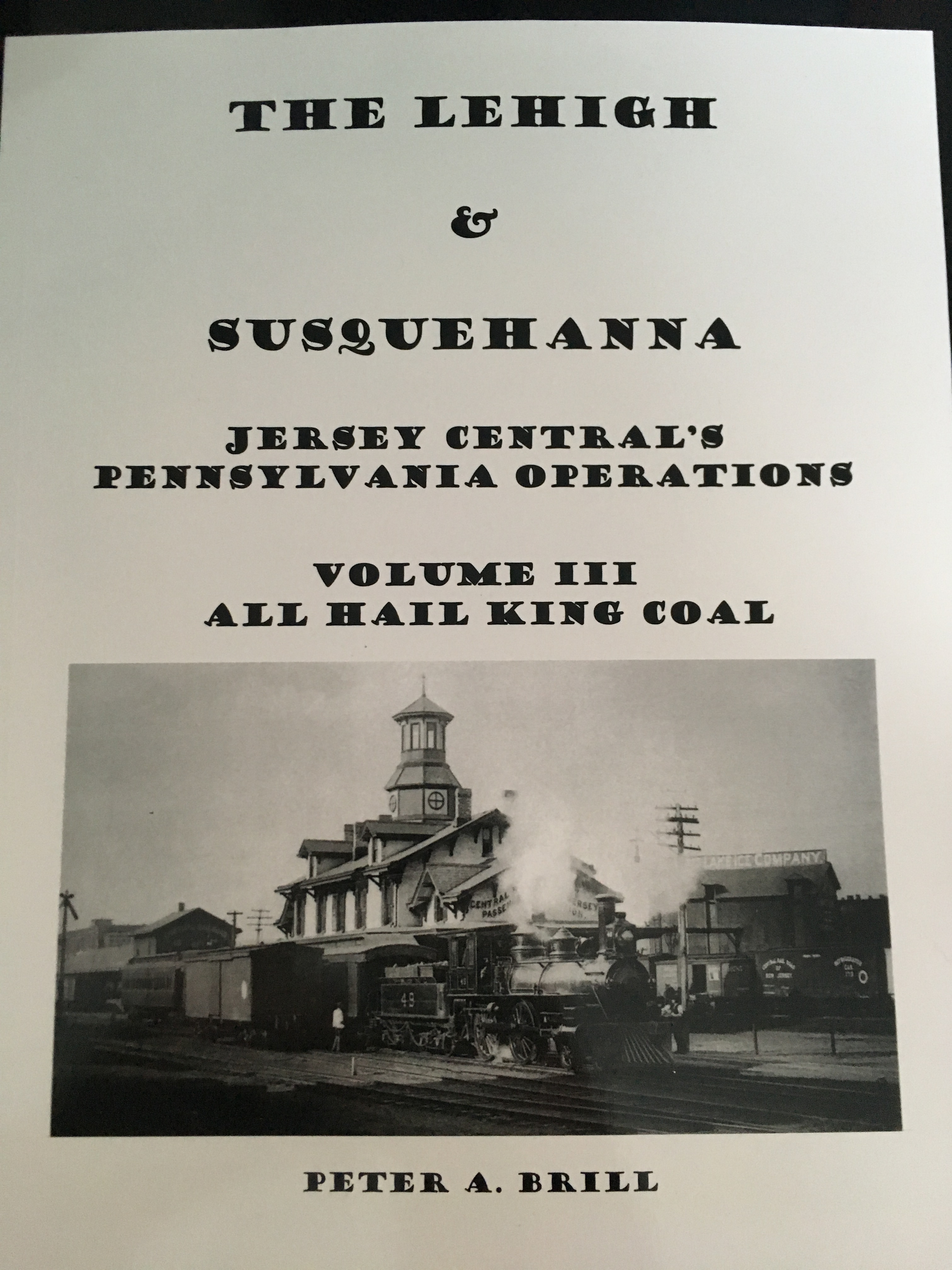 BK-CNJ-V3
$ 49.00 USD
This product is out of stock.
Product is not available in this quantity.

The L&S PA Operations V3 book is self-published by the Author, Peter Brill.  It is volume 3 of a planned 5 volume series on the topic.

Volume III, covering 1892 – 1917, takes us into the peak years of the anthracite mining industry and of the Jersey Central in Pennsylvania as well. This will be generally a narrative of growth and prosperity, mirroring the continued growth of the anthracite mining industry which achieved its all-time peak production in 1917. However, there were periods of recession and some industries, such as lumber and anthracite iron, with the notable exception of Bethlehem Steel, were in severe decline. The local rail car building industry peaked and then disappeared as several companies went out of business while one successfully transformed itself into a supplier of machinery to the booming Lehigh Cement District. Although directly serving only one cement mill, CNJ shared in the traffic flow to and from numerous mills through its connections with the Ironton and Northampton & Bath railroads.

This was an era of continued capital improvements along a mature route structure. Larger sizes of steel rail were laid and bridges were replaced to accommodate ever heavier locomotives and rolling stock. Allentown Yard was constructed and gradually enlarged over a period of approximately thirteen years. The Central States Dispatch freight routing of B&O-WM-RDG-CNJ-L&HR via Allentown Yard started up. Merchandise freight became an increasingly important component of CNJ’s freight revenue mix in comparison to anthracite and bituminous coal.

CNJ took delivery of its finest drag era road power, large 4-8-0’s and 2-8-0’s, while coal cars grew in size to 50/55-ton capacity and wooden cars were replaced by steel cars. More capable power and larger cars enabled CNJ crews to move coal trains aggregating as much as 4,000 tons. Unlike some of its competitors in the anthracite regions, who eschewed planes and moved faster to embrace more capable models of steam locomotives, CNJ modernized and greatly extended the life of the Ashley Planes and its large fleet of plodding 4-8-0’s and 2-8-0’s through rebuilding programs. This book ends just short of the modern steam era on the CNJ, symbolized by 2-8-2’s and heavy 4-6-2’s.

Relations with landlord LC&N became complex as the profitability of the Lehigh & Susquehanna far exceeded LC&N’s historical projections. CNJ’s annual rental payments reached the contract maximum while its profits from LC&N’s railroad continued to grow. LC&N’s new subsidiary, the Lehigh & New England Railroad, developed into a significant competitor as LC&N used the L&NE to siphon off traffic from CNJ.

This book may be of interest to period modelers of the CNJ and the anthracite railroads in general. There is an 18-page section on CNJ freight cars including a 30-ton hopper-bottom gondola, 40-ton steel hopper, 50-ton steel hopper, 30-ton box car, 40-ton hopper-bottom gondola, 55-ton fishbelly gondola, 40-ton ice car and a 30-ton stock car. Builders include Standard Steel, ACF, Cambria Steel and Middletown Car Works. In some cases, plans are presented or the reader can Google Book Search the referenced magazine for plans. In addition plans are presented for a Lehigh & Wilkes-Barre Coal Company mine car and there is a 3-page section on the Sterlingworth Railway Supply Company’s hopper-gondola. There is also a 12-page section on CNJ motive power including wheel types 0-6-0, 0-8-0, 4-4-0, 4-6-0 and 4-8-0.